Cruise your way to to the Monaco Grand Prix

Silversea Cruise
​Experience the thrill and glamour of one of the great events in the sporting calendar, the Monaco Grand Prix. From the capital of the Cote D’Azur to the lovely Cinque Terre, soak up the glamour of French and Italian Riviera hotspots, before going full throttle in the world famous Principality. Enjoy an evening in Monte Carlo to enjoy the pre-race atmosphere, admire the yachts on the harbour and mingle with the glamorous crowd.

United with France only since 1860, Nice has its own history and atmosphere, exemplified by the stark contrast between the openness and modernity of the Promenade des Anglais to the narrow, ocher-tinted streets of the Old Town against the center of town and the sleek tramway whizzing down the main shopping thoroughfare Avenue Jean Médecin. (A second tramway line running to the airport is expected to be operational by 2017.) It was on Colline du Château (now château-less) and at the Plage des Ponchettes, in front of the Old Town, that the Greeks established a market-port and named it Nikaia.
Cannes, Frances
Thursday 23 May
Arrive: 9:00 am, Depart 9:00 pm

annes is pampered with the luxurious year-round climate that has made it one of the most popular resorts in Europe. Settled first by the Ligurians and then dubbed Cannoïs by the Romans (after the cane that waved in its marshes), Cannes was an important sentinel site for the monks who established themselves on Île St-Honorat in the Middle Ages. Its bay served as nothing more than a fishing port until in 1834 an English aristocrat, Lord Brougham, fell in love with the site during an emergency stopover with a sick daughter.
La Spezia, Italy
Friday 24 May
Arrive: 8:00 am, Depart 10:00 pm

​La Spezia is sometimes thought of as nothing but a large, industrialized naval port en route to the Cinque Terre and Portovenere, but it does possess some charm, and it gives you a look at a less tourist-focused part of the Riviera. Its palm-lined promenade, fertile citrus parks, renovated Liberty-style palazzos, and colorful balcony-lined streets make parts of La Spezia surprisingly beautiful.
Monte Carlo, Monaco
From Saturday 25 May To Sunday 26 May
Arrive: 7:30 am, Depart 11:00 pm

One third of motorsport’s Triple Crown, the Monaco Grand Prix has pretty much everything a Formula One fan could want. There’s the exhilarating street circuit, with its tight corners bending around narrow streets, its famous tunnel, and its beautiful straights that send the F1 cars whizzing by the harbour.

There’s the event’s inspiring history, which has seen all-time greats like Senna, Schumacher and Prost take victory. And then there’s Monaco itself, a breathtaking destination whether you love Formula One or not. 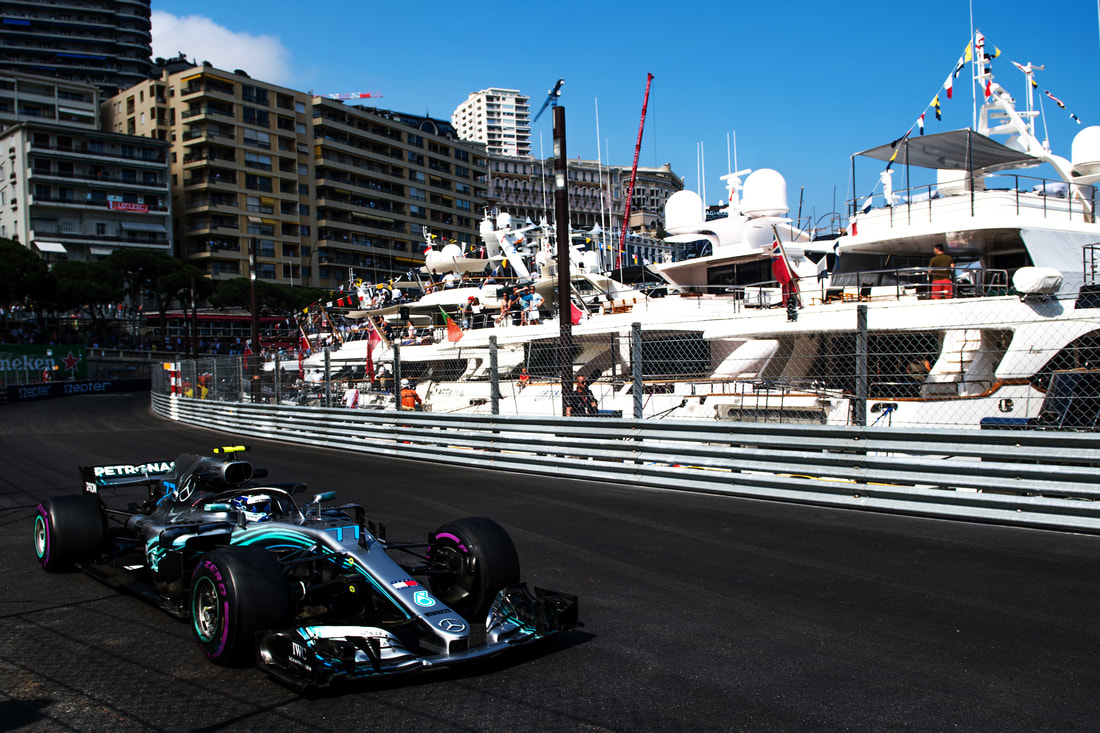 Nice, France
​​Monday 27 May
Arrive: 8:00 am
The Monaco Grand Prix™ takes place right in the heart of the glitzy principality – surrounded by beautiful architecture and the Mediterranean Sea. But where will you get the best view and which vantage point will make your trip most memorable?
Which Monaco grandstand is grandest?

​Experience the Monaco Grand Prix from our exclusive venue situated on the 15th floor of Le Panorama Building on Rue Grimaldi, in the heart of Monte Carlo. The private terrace has fantastic views of the Circuit de Monaco. Follow the cars through the first corner at Sainte Devote, and then as they accelerate up Beau Rivage towards Casino Square. Guests also have great views of the harbour section, and the pit - lane exit road, making Le Panorama one of the best viewpoints on the circuit.

Our suite and terrace on the 10th floor of the Ermanno Palace has arguably one of the best views of the Monte Carlo circuit, with over 65% of the track visible.

The private balcony has views of the tunnel exit, Chicane, Tabac Corner, swimming pool section, start/finish straight, Sainte Devote Corner, Beau Rivage climb and the giant harbour screen - as well as a stunning view of the harbour itself.​ 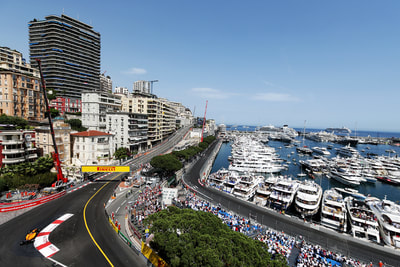 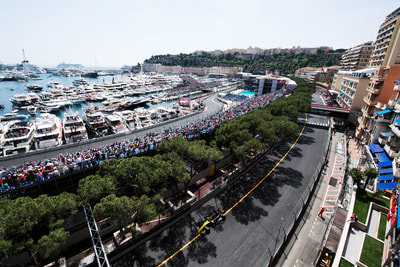 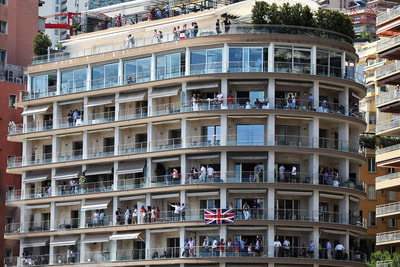 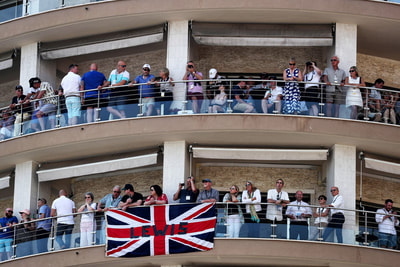 Not to be confused with other apartment terraces, our spacious 11th floor roof garden is a purpose built year round terrace designed for relaxation and entertaining. With retractable roof to suit the weather, open kitchen, permanent bar facilities and toilet facilities, our roof garden is the perfect place to relax, wine, dine and enjoy the most amazing views of the race in comfort.

You can see the starting grid and first corner, climb to Casino Square, exit of the Tunnel and the Chicanne, from Tabac to Rascasse and the Swiming Pool, pit lane and pit exit and winners podium.​ 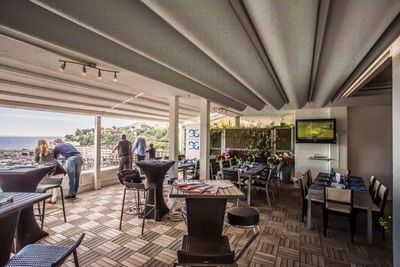 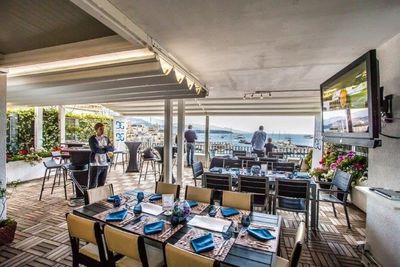 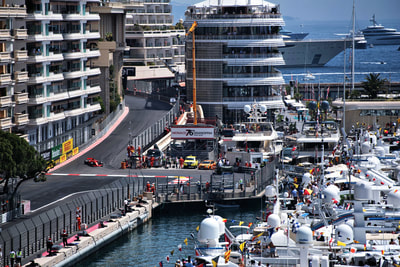 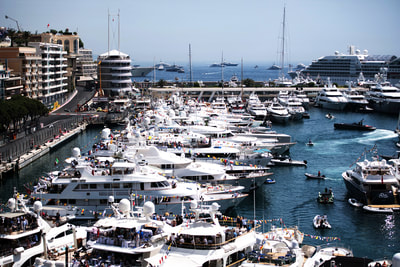 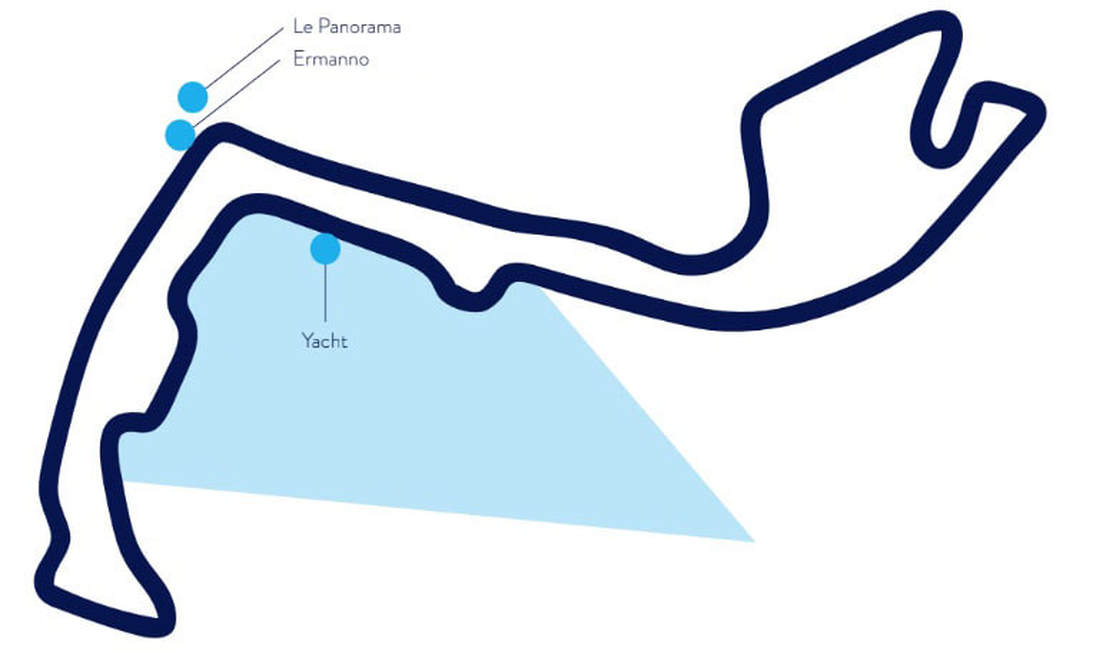 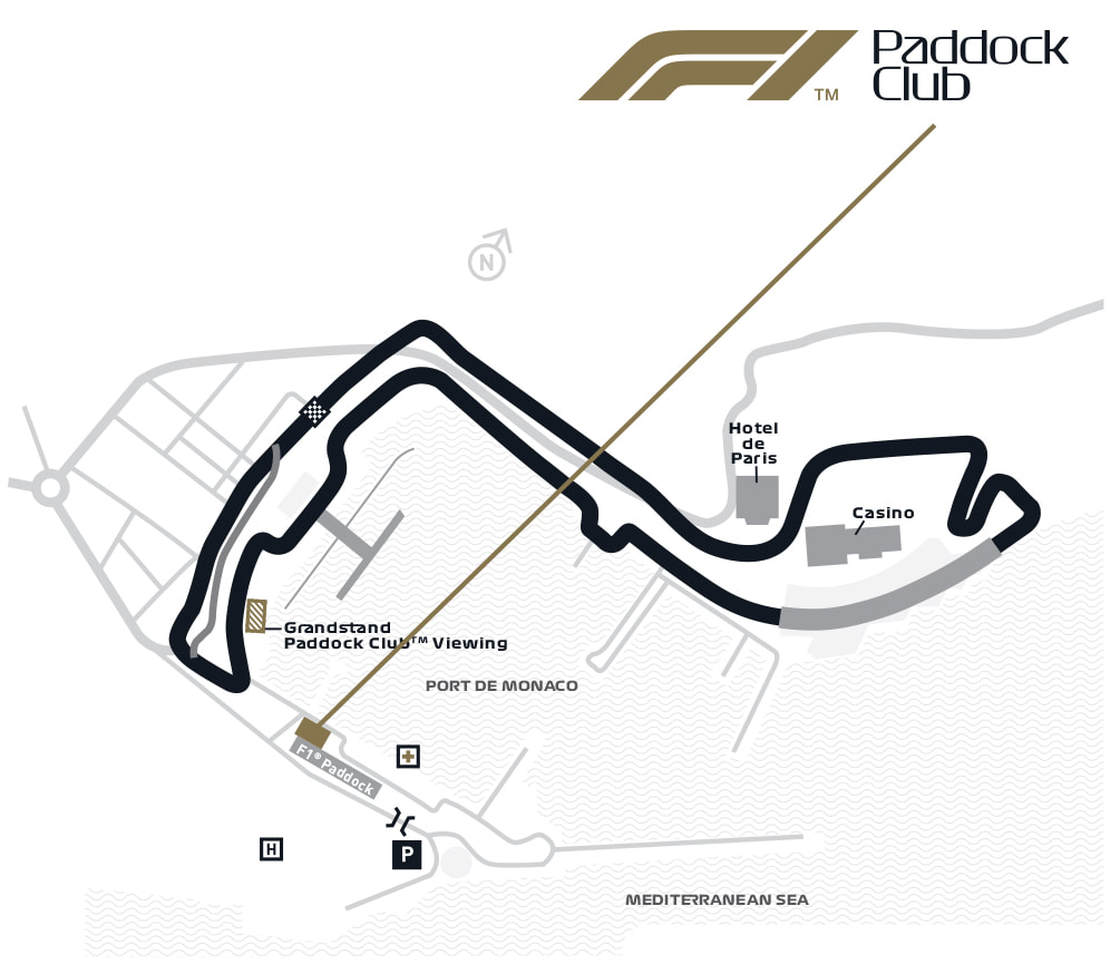 ​You can expect...
• An unforgettable weekend in exclusive and elegant surroundings
• Invitation to participate in exclusive Pit Lane walks
• Access to the support race paddock
• Privileged viewing location with some of the best view in Formula One™
• Interviews with F1 and support race drivers
• Guided tour of the circuit
• World class cuisine, fine wines and exceptional service
• Free flowing Champagne
• Comfortable, air conditioned suites and lounges
• Relaxed and exclusive atmosphere
• Multi-screen coverage of all the action on track including the live timing screens
• ​F1® simulators

Sunday
09:00- 10:00
12:45 - 13:15
Do you have any questions or need a tailor-made quotation?
​Call us on 0114 345 1977
CLICK HERE TO EMAIL US »
"The day that I found Altitude Luxury Travel was a red letter day for me. I have now been to Abu Dhabi (2014), pre season testing in Barcelona (2015) the Spainsh Grand Prix (2015) and Austin Texas (2015) and can honestly say that each and every one has been the best experience ever. From the moment you leave your door to the moment you return you are looked after to the highest standard. All you have to do is soak up the atmosphere, enjoy the thrill and bring home the best ever memories. From hotel to transport to track experience and valuable advice you can't do better."

​Thousands of brands trust Feefo to independently collect reviews from from real people, like you.

YOUR BOOKING IS ATOL & TTA PROTECTED
We're ATOL Protected so there's no chance of you loosing your money or being stranded abroad.

Book with a Travel Trust Association (TTA) member and be confident in the most complete consumer protection system the market has to offer.